The Boundary Project DJ’s for October 2018

Close Up Things is a DJ/Producer/Programmer known for his diverse sets in London and beyond appearing as resident/co founder of charity party Vinyl Fantasy also appearing at popular London Club Nights Fade to Zaire,SGP,Latitude,LoveBox,Les Nuits Secrets,Pop On Over,Lucy’s Disco, Groove Control and Lip Sweat. He can also be found on the airwaves on Musicbox radio/Wick Radio.

Expect mixes that bridge Latin/Carribean rhythms,Funk, Soul,Jazz, House and Disco while being unafraid to play tracks that you forgot you knew with plenty of fresh introductions.

Born in 1986 in Montpellier in the south of France, Guilhem Monin is a passionate record collector, DJ and producer whose vast knowledge of music far surpasses his years on the planet. Falling in love with music from a very young age, this devotion was accelerated by extended listening sessions to the well-referenced Radio Nova in his teenage years, and further more so by a move to London in his early twenties.

Operating on his-own terms, Guilhem has become an exciting prospect in his adopted town’s competitive scene. Holding down several residencies, including over 3 years with his previous venture Colors, he has also gone on to take many bookings across Europe.

His natural interest in musical culture is reflected in his DJ sets and productions, and also through the diverse crowd that attends his regular party, Social Joy. Creating a sound that is the result of a melting pot of the first wave of house music, disco, techno and with roots in afro-rhythms, Guilhem is in his element experimenting with musical fusion. A firm believer in the power of music and the positive affect it can have on people, he hopes to encourage interaction and unity using his musical visions.

Oliver Night born and bred London DJ & Producer tends to all your dubby bumpy needs. He started off his professional career drumming and swiftly moved on to dj and playing clubs in Brighton, venues such as the legendary Concord 2, the Volts, and the Zap Club. Since then he’s been playing in London at The Proud Gallery, 93 Feet East, The Book Club, The Queen of Hoxton, 333, Glastonbury Jazz World Stage (with Roots Manuva). He has now taken the next step of producing his own tracks. Beyond This World, is a Disco heavy production done with Olmo Cassiba (ollie & olmino) on Roots Manuva’s album, 4everevolution. Newly revisited unreleased track, U Got To, has had Support by the likes of Kerri Chandler and Seth Troxler to name a few. Soon to Be releasing on the mighty CoOp Presents Selectors Assemble. Yes that’s the club night sporned from the legendary Velvet Rooms then onto Plastic People which was spearheaded by the power house, IG Culture and Alex Phontzi.

Be sure to watch this space.

Georgia Girl (or GG as she is more affectionately known) has been a firm fixture on the London circuit for over a decade.

Whilst working at one of London’s most loved record stores (Blackmarket Records/BM Soho) for over six years, she supplied quality vinyl and sourced some of the best underground releases. Subsequently she built up her own vast and varied record collection.

With an obvious and keen interest in groovy sounds – and a particular enthusiasm for vinyl – Georgia was considered a valuable member of staff and asset to the store.

Having held numerous London residencies, a residency in Rome and Berlin with a string of international bookings, it really is no wonder that Georgia has had the pleasure to play at underground institutions such as Fabric and Club der Visionaere. She regularly plays alongside talented artists and is highly regarded amongst her peers.

Soul Fools are a Dj collective playing the very best in Soul/Funk/Boogie/Disco/House/Edits/Bootlegs and especially for Tra Tra all of these with a French spin. You can also catch them the 1st Monday of the month 3-5pm on Music Box Radio 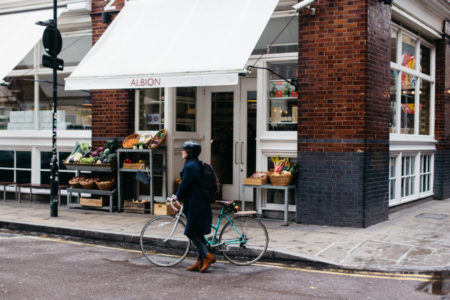